Being told you have cancer is some of the worst news any patient can ever have to hear from their doctor. However, the earlier a patient learns about their cancer, the better chance they have of beating it. When a doctor fails to make a timely diagnosis, or tells a patient that a malignant tumor is benign, the result is that the undetected cancer continues to grow and spread, diminishing the patient’s chance of survival. Even if the patient is able to beat the cancer after receiving a delayed diagnosis, they will likely have to spend considerably more money on aggressive medical treatment, placing a heavy financial burden on themselves and their loved ones. If your doctor failed to diagnose cancer, you may be able to get compensated for your pain, suffering, and medical expenses.

Cancer is one of the most widely diagnosed medical conditions in the United States, 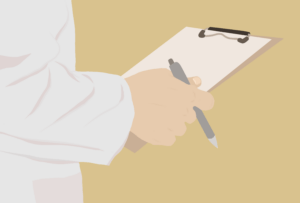 and around the world. The National Cancer Institute (NCI), which is part of the National Institutes of Health (NIH), estimates that about 1,658,370 new cases will be diagnosed in 2015. This number represents a decrease of about 7,170 cases from the 1,665,540 diagnoses which were estimated in 2014.

The NCI estimates that among new cases projected for 2015, some of the most common diagnoses will be breast cancer, lung cancer, colorectal cancer, leukemia, melanoma, bladder cancer, pancreatic cancer, kidney cancer, prostate cancer, and non-Hodgkin lymphoma. African-American men have the highest statistical risk of dying from cancer, while Asian/Pacific Islander women are in the lowest risk category.

Do I Have a Medical Malpractice Case Based on my Missed Diagnosis?

Thanks to ever-improving medical technology, more and more people are beating cancer and going on to live long, healthy lives. However, early detection – and intervention – will always be key to maximizing a patient’s long-term chances of survival.

Unfortunately, even some of our most long-practiced, widely-utilized methods of cancer detection miss a sizable number of cases. For instance, the NCI reports that mammograms miss about one fifth of all breast cancer diagnoses, while a study published this year in Annals of Gastroenterology noted that sigmoidoscopies missed a frightening 50% of colorectal cancers. While each form of cancer is medically distinct in terms of detection methods, incidence rates, mortality rates, and the frequency with which missed diagnoses occur, the bottom line is that missed and incorrect diagnoses are more commonplace than anyone would like to believe.

In fact, a missed cancer diagnosis is one of the most common reasons people file medical malpractice lawsuits. In a recent study published in BMJ Open – an online version of BMJ, formerly the British Medical Journal – researchers examined over 7,150 international papers on malpractice claims. Here’s what the study found:

Oncologists and other doctors have a duty of care which requires them to take every possible step to reduce the risk of foreseeable death or injury to a patient. When a negligent doctor misses a diagnosis that would have been caught by another doctor in the same field (e.g. oncology), the cancer patient potentially has a strong malpractice case. It is always worth speaking to an experienced personal injury lawyer after a missed diagnosis of any kind, even if you don’t know whether you have grounds to file a lawsuit.

Hasbrook & Hasbrook is committed to holding negligent doctors accountable for the pain and suffering their careless actions inflict upon cancer patients. We are prepared to aggressively litigate your case in the pursuit of maximum compensation for you and your family.

We understand how sensitive talking about cancer can be. But whenever you’re ready to pick up the phone, our legal team will be here to support you and answer your questions. Please don’t hesitate to call us at (405) 698-3040, any time of day or evening, for a free legal consultation. We handle cases in Oklahoma City and the surrounding area.