Getting around the city has never been more convenient than before, thanks to ridesharing. With a few taps of the app, anyone can ask for a ride—be it someone’s personal car or a bright yellow cab—especially during peak hours. With such convenience at one’s fingertips, it’s not surprising that ridesharing is a multibillion-dollar global market. 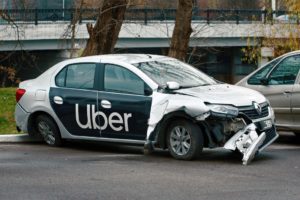 For all the ease and comfort it provides, ridesharing still needs a human behind the wheel. Any ridesharing driver is as vulnerable to a car accident as any other motorist plying the roads, if not more. In over half of mishaps that involve ridesharing vehicles, the victims are the passengers, other motorists, or pedestrians.

Whether you’re riding or have been hit by one in an accident, you’re eligible for compensation from the erring service. A car accident lawyer that has experience in ridesharing accidents can assist in building your case to secure the compensation you deserve. These cases can be more complicated than your standard car accident cases.

Before delving deep into the legal intricacies of ridesharing accidents, it pays to learn how big the industry is. Demand for such services has more than doubled between 2015 and 2018. Over the same period, the number of people who haven’t heard of them has drastically dropped.

The most common users are households earning $75,000 or more a year, accounting for 46% of all households in the U.S, and college graduates or higher degrees. Not surprisingly, more users reside in urban centers than in the countryside.

Ridesharing is in high demand for plenty of reasons that benefit both driver and passenger alike. By turning personal cars into viable rides for others:

While several ridesharing services exist, Uber and Lyft are the most prominent ones. Uber is the dominant service, accounting for 68% of national demand; on the other hand, Lyft caters to the remaining 32%. Surprisingly, only one in 10 customers use both services.

Despite ridesharing’s numerous benefits, one study found that the number of fatalities in road mishaps began to increase when it became widespread. Citing data from the National Highway Traffic Safety Administration (NHTSA), the study discovered that the downward trend of car accident fatalities since the mid-1980s suddenly reversed starting in 2015.

The pandemic has barely prevented these figures from growing. In 2020, the NHTSA reported an estimated 36,860 fatalities, which had been the highest since 2007. Keep in mind that Americans had taken out their cars less that year due to lockdowns and quarantine measures.

Even though ridesharing is supposed to reduce vehicular volume, the opposite happened. The study reported a 3% increase in new vehicle registrations. A separate earlier study recorded an average growth of 0.7% in urban areas.

Given these circumstances, ridesharing services take it upon themselves to mitigate the risk of injury or death while their drivers hit the roads. One way is to ensure the competency of their drivers and the safety of their vehicles.

Even with these screening mechanisms in place, human drivers are still prone to poor decision-making on the road – especially if the driver is at the end of a long shift.  If those decisions result in injury or death, whether passenger or pedestrian, the ridesharing service is obligated to pay for the damages.

Both Uber and Lyft have car accident insurance in place for their drivers. However, they base the coverage on whether or not the app was active when the accident occurred. Naturally, if the app is off during that time, the driver’s personal car insurance provides the coverage. 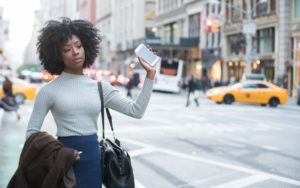 When the app is on, coverage depends on which of the following tiers is applicable.

The driver has accepted a ride request and is on their way to pick up the passenger. The provided coverage includes $1,000,000 third-party liability, uninsured/underinsured motorist bodily injury, and contingent comprehensive and collision. For the third item, the deductible is $1,000 for Uber and $2,500 for Lyft.

The driver has picked up the passenger and is en-route to the specified destination. The coverage is similar to Period 2.

As adequate as these amounts may seem, there have been incidents where ridesharing accident victims don’t receive proper compensation. One case in New York City had a victim left with a mangled ankle receiving only chump change from the erring Uber driver. State law required ridesharing drivers to carry at least $75,000 in liability insurance and $1.25 million when accepting trips or running fares. But in the victim’s case, the accident occurred within New York City limits, where drivers are only required to carry $100,000 regardless of injury severity. Local lawyers have called this arrangement nothing short of unfair.

The coverage is barely enough as far as overall costs go. A 2019 report by the National Safety Council estimated the average cost of a disabling injury at $98,400 in lost productivity and medical expenses and over USD$1.2 million in costs to reduce their risk of further accidents. Accidents resulting in fatalities can increase these figures by more than tenfold.

If you find yourself in a similar predicament, it’s easy to think that the best possible course of action would be to sue the service for negligence directly. While not impossible to do, victims are usually at a considerable disadvantage for several reasons, starting with how the service is structured.

For one, Uber and Lyft aren’t ‘taxi companies’ but ‘data and software companies,’ while their drivers aren’t employees but independent contractors. As such, they wouldn’t be subject to any regulations as taxi companies. On top of that, the drivers don’t technically work for them, and their vehicles aren’t maintained by them.

This branding/employment relationship was at the center of a dispute between Uber and the European Union (EU) in 2017. The company argued that its business model centers around the app that connects drivers and riders. Three years later, the EU Court of Justice ruled in favor of Uber, allowing them to operate in EU member-states without being regulated like a taxi company.

Another reason is the arbitration clauses in their Terms of Use. These clauses are worded in a way that tries to prevent the cases against these companies from going to court. Basically, whether you’re a driver or passenger, using Uber and Lyft means you may agree never to pursue resolution through a court of law.

The services harnessed these clauses to the fullest in Florida, specifically with Florida statute 627.748. As it went into effect in 2017, the statute imposed new rules for ridesharing coverage. Section 7 stipulates that the limit for uninsured motorist coverage shouldn’t go lower than the insured’s bodily injury liability (also cited under Florida statute 627.727).

Uber and Lyft rejected this arrangement three years after the statute went into effect, which they could do, albeit in specific ways. Drivers and passengers were none the wiser. This arbitration setup also permits the companies to provide their own arbitrators (both sides still have to agree) to decide the disputes out of court.

If you’ve been in a wreck with an Uber or Lyft driver, treat the initial claim as you would a normal car accident.

In any mishap, safety takes top priority. If you can still move your arms and hands after the accident, call for help immediately (if not, ask someone nearby to do so). There are several reasons for doing this.

Second, the medical records from the doctors is helpful to build your case.  In addition, by turning down aid from paramedics or other medical personnel, you’re essentially brushing off the injuries you sustained. The insurance company will either claim you weren’t hurt, or you weren’t hurt “that bad” when in reality, you’re just trying to tough it out.

Third, the incident report filed by police can get the insurance company to evaluate your claim sooner. Cooperating with the investigation helps more your claim along.

As mentioned earlier, there have been stories of victims of ridesharing accidents getting far less than what they deserve. You may be tempted to accept whatever coverage Uber or Lyft provides, but there’s no asking for seconds once you seal the deal. Insurance companies prefer to settle for cheap, even if the victim is still treating – and accruing more medical bills. After a settlement, the insurance company will not pay anything else.

Total compensation doesn’t just include the financial loss that you’ve already experienced but also potential loss in the future. You spent thousands to treat your injuries, but the days lost at work from making a full recovery will add to your cost. If you think accepting the quick settlement can’t be helped, consult with a lawyer to know your options first.

Many lawyers advise against posting details of the accident on social media, especially while it’s still under investigation by authorities. The defendant will use anything you write or post against you, especially if it contains questionable information. Setting such a post as private won’t do you any good, as courts argue it can still be used as public records. The safest thing to do is to stay away from social media until the case has been ultimately settled.

Ridesharing accident cases are unlike your typical car accident case. With so many factors and parties involved, it’s easy to get lost in the legalese and lose out on potential compensation. It’s important to seek help from a car accident lawyer focusing on such incidents.

4 Reasons To Consider An Attorney After An Auto Accident