Unless your case settles immediately, the odds are pretty high that at some point you will have to give a deposition. Depositions are not fun for anyone (even lawyers don’t like having their depositions taken), but there are some tips that can make your deposition go smoother and keep you from hurting your own case. You may even want to attend the depositions in the case where you are not being deposed.

I hope that you already know that you shouldn’t lie in your deposition (it is under oath, after all), so I left that piece of advice off the list. Hopefully, your lawyer will meet with you before your deposition and cover all of these tips, but if you don’t feel like waiting for that meeting to learn how to give a deposition, this article is for you.

Deposition Tip #1 — Wait For the Lawyer to Finish their Question, and Be Sure You Understand it, Before Answering

This seems like obvious advice, but “answering before the question is finished”

is probably the rule most frequently broken by people giving depositions. In normal conversations, we talk over each other all the time, so it’s only natural to fall into that habit when you give a deposition.

You must make a conscious effort to break this habit for three main reasons. First, the court reporter can only write down one person talking at a time, so you risk an incomprehensible or possibly incomplete transcript by talking over the questioning attorney. Second, even though you may think you know where the question is headed, you could be wrong. Why risk answering a question that hasn’t been asked? That only helps the other side. Third, by jumping in before the question is finished, you prevent your lawyer from raising any objections to the question before your answer begins.

If you allow the deposing lawyer to finish the question and you don’t understand what they are asking, tell them. Don’t guess at what you think he or she is asking. Most of the time, if you don’t understand a question, it’s the lawyer’s fault for asking a sloppy or confusing question (it happens — we’re human). The lawyer shouldn’t take offense if you ask him or to rephrase the question.

When you give a deposition and you’re asked a question that you think you should know the answer to, but don’t, there is a strong temptation to guess or make up an answer.

Resist that temptation. There is no shame in answering “I don’t know” or “I can’t remember” in a deposition, as long as it is the truth. Guessing at an answer out of shame over your poor memory or lack of knowledge will be seen as lying if your guess turns out to be wrong.

If the deposing lawyer tries to embarrass you into guessing by asking follow-up questions about your memory in general (e.g., “have you always had problems with your memory?”), don’t take the bait. Just let him or her know that you take the oath you are under seriously and you’re not going to guess about something you don’t know or can’t remember. If the answer to a question comes to you later on in the questioning, you can always let the deposing lawyer know that you’re now ready to answer his previous question.

Deposition Tip #3 — Your Deposition is Not Your Time To Tell “Your Side of the Story,” 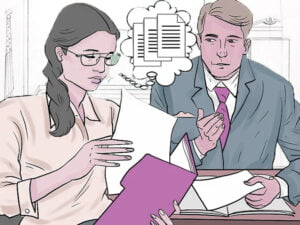 So Just Answer the Questions That Are Asked

Your deposition is being taken by opposing counsel so he or she can gather information about your case. A good lawyer will want to learn both the good and the bad about your case so he or she can evaluate it correctly. However, if the deposing lawyer doesn’t ask you about something that you know will help your case, don’t try to “shoehorn” that information into a response to an unrelated question. Your deposition is not the time to tell your side of the story. Trial is the time to tell your story, when your own lawyer is questioning you. Let your lawyer decide, after the deposition, if the omitted information should be shared (for settlement purposes) or held back to be used at trial. Witnesses who know how to give a deposition know that the goal is to answer only the questions which are asked. 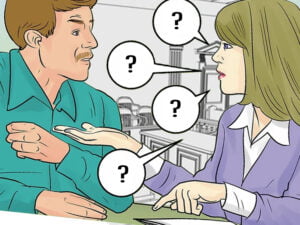 The lawyer may have an attitude, or take an accusatory or sarcastic tone. Don’t let the defense attorney provoke you into responding in kind. You want to be perceived as a victim seeking justice, not as a jerk with a vendetta. The lawyer may be intentionally testing whether your buttons can be pushed, as one of their goals at your deposition is to evaluate what kind of witness you will make at trial. If you show that you can’t be provoked to anger when you give a deposition, the opposing lawyer probably won’t try to agitate you at trial. If he or she does, and you still keep your cool, he or she knows the jury will likely see the defense attorney as a bully picking on the poor injured victim.

The most common “upsetting” question I’ve seen is when the defense attorney is unintentionally asking a poorly worded question.

There may be certain subjects raised in your deposition which cause you to cry. This is really unavoidable, and I’m not suggesting that you could or should try to repress this response. Of course, if your tears aren’t genuine, most experienced lawyers will be able to tell and you will lose a lot of credibility. This could hurt you during settlement discussions.

Deposition Tip #5 — At the End of Your Deposition, Don’t Waive Your Right to “Read and Sign”

Correcting a mistake in your deposition by reading and signing is far preferable to leaving the error uncorrected or having to explain the error for the first time at trial. Mistakes look a lot less like lies if they are fixed through this process. It is well worth the time it takes to do so, and it cannot hurt you.