Most people associate rheumatoid arthritis (RA) with aging or cold weather.  But did you know that RA can also be caused or aggravated by a traumatic injury, such as an injury sustained in a car accident?  If you began experiencing the symptoms of RA after a car crash, or if a collision caused your existing RA to worsen, you may be entitled to compensation for your medical bills and other losses.  You should speak with an experienced attorney about the possibility of getting compensated for your accident.

What Are the Symptoms of Rheumatoid Arthritis (RA)?

Scientists have identified more than 100 different types of arthritis.  One of the most common is rheumatoid arthritis, a condition the Arthritis Foundation estimates affects approximately 1.5 million people throughout the U.S.  It’s especially common here in Oklahoma, where the CDC estimates anywhere from 25% to 33% of the adult population is affected: a quarter to a third of all Oklahoma residents over age 18.  Only 13 other states have such a high prevalence of RA.

Early symptoms of RA may include:

In addition to damaging joint health, RA can also have negative effects on other organ systems and body parts.  These effects can include:

How a Traumatic Injury Can Cause or Aggravate RA 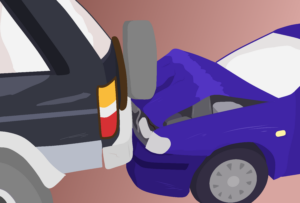 Research into this area continues every day — but in the meantime, scientists have posited a few factors that could possibly contribute.  These factors include obesity, having a history of bacterial and viral infections, exposure to toxins and pollutants, and, according to the Arthritis Foundation, “the body’s response to stressful events such as physical or emotional trauma.”  Physical trauma means an external blow, such as being struck by an object or falling against a hard surface.  Thus, getting seriously injured could potentially cause you to develop RA.

Though the search for definitive answers continues, researchers have performed several studies probing the link between physical trauma and RA.  At least one, published in the medical journal Rheumatology, found a strong correlation.

Over one fifth of the RA patients (a total of 55 people) who participated in the Rheumatology study reported sustaining an injury within the past six months.  By comparison, only 6.5% of the non-RA controls (a total of 17 people) reported the same.  The study’s authors arrived at a clear conclusion: “Physical trauma in the preceding six months is significantly associated with the onset of RA.”

Can You Get Compensated if a Car Accident Makes an Existing Condition Worse?

Everyone knows it is possible to sue over a carelessly inflicted injury. 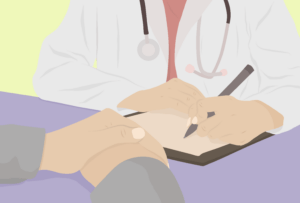 What fewer people realize is that it is also possible, under some circumstances, to sue when an accident makes an existing condition worse.

Thousands of Oklahomans have already been diagnosed with RA.  If your RA became more severe after you got into a car accident, you may have a claim for compensation.

Of course, the at-fault driver’s insurance company will try to argue that the accident did not aggravate your existing RA, likely by requesting an Independent Medical Exam (IME) which is actually nothing of the sort.  Far from being “independent,” these exams are rigged against the injury victim because they are performed by doctors who answer to the insurance company.

That is why it is so critically important to save all of your medical documentation after an accident – and to make sure you are armed with quality legal representation.  With over 75 years of combined experience, our car accident attorneys will do everything in our power to protect your best interests and prove that your condition became substantially worse after the crash.

Get In Touch Today

To set up a free legal consultation, call our law offices right away at (405) 605-2426.  Hasbrook & Hasbrook serve the Oklahoma City area, including Edmond, Norman, Moore, McLoud, Tuttle, and more.  We are here to help Oklahoma injury victims 24 hours a day, including evenings and weekends.  We handle a wide range of auto accident claims, including Oklahoma motorcycle accidents and truck accidents.